Sabayon - A Linux distribution for everybody...

Because Frank, a friend of mine, where looking for an alternative to most well known Linux distributions and he even likes the Idea of Gentoo, I told him about Sabayon Linux yesterday. I have heard of it long time ago but I never gave it a try. Since I am a hardcore Gentoo user I never needed to switch since more the twelve years. I tried Fedora, OpenSUSE, Debian, Ubuntu, some other Linux based distributions and even FreeBSD but I never felt very well and always switched back to Gentoo.

I downloaded the Xfce based ISO file today and installed it in a virtual machine running in VirtualBox. It was so easy to install and everything worked right out of the box. The installation took about 20 minutes and then I was impressed. It runs fast and without any errors. It has its own package management but even the wonderful portage package management is available for installing self optimised packages or even simply my own software packages used on Gentoo.

I need to evaluate this distribution a little bit more before I can say "Yes! That is what I want." but for now I am very excited!

If you are looking for fast and reliable distribution with the power of Gentoo, Sabayon.org is the right place to read more...

I will post my experiences here in the future and maybe (I don't think so... :) I will try Sabayon as host operating system some day...

Prosody - A study in simplicity

I set up my own XMPP / Jabber Server some minutes ago. I installed Prosody without any problems. You could now contact me via hanez@systemchaos.org. Please use this account for future contact requests. Since decentralization is a good way for keeping enemies away, run your own XMPP service!

The configuration took about 5 minutes. I created a certificate for encrypted communication to the server and then changed some small parts of the configuration. Since this server is "private only" I don't need to care about much stuff. You could not register, so the most stuff is static. Adding users is not more then an "adduser" command on generic operating systems.

It is so easy... do it yourself and be autonomous from services on the net...

ACTA is one more offensive against the sharing of culture on the Internet. ACTA (Anti-Counterfeiting Trade Agreement) is an agreement secretly negotiated by a small "club" of like-minded countries (39 countries, including the 27 of the European Union, the United States, Japan, etc). Negotiated instead of being democratically debated, ACTA bypasses parliaments and international organizations to dictate a repressive logic dictated by the entertainment industries.

ACTA would impose new criminal sanctions forcing Internet actors to monitor and censor online communications. It is thus a major threat to freedom of expression online and creates legal uncertainty for Internet companies. In the name of trademarks and patents, it would also hamper access to generic medicines in poor countries.

I updated my Firefox extension for searching the Leo.org database some minutes ago. I added no new features, just made it compatible to the newest versions of Firefox.

You will find the Download here. In some days it will be available at https://addons.mozilla.org/en-US/firefox/addon/leo-search/. 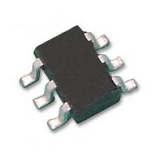 I got some samples from MAXIM some few days ago. Since I was busy studying other stuff I had no time to give them a try. Today I tried the DS1626 Temperature Sensor.

It was very easy to setup in the Arduino environment using the SoftwareSerial library. One problem I had was, that I was not able to write the temperture to my LCD display. I could not figure out why this happens. The LCD code didn't worked anymore when including the SoftwareSerial header without using any functions of it...

Another problem for me was, that the DS1626 is being delivered in a SOP8 package and I for the first time needed to solder SMD. I used an adapter for SOP28 to DIP28 conversion because I wanted to place the IC on my breadboard. I soldered it successful and it worked right out of the box... ;)