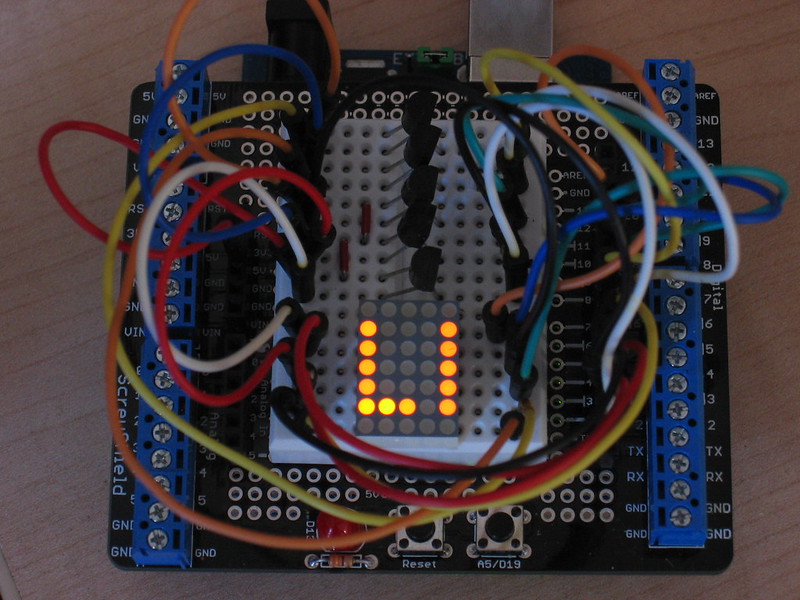 The code looks very ugly at the moment, but I will clean it up. It is a dirty written prototype... ;)

I got my new toy some minutes ago. A Netduino!

Netduino is an open source electronics platform using the .NET Micro Framework. The idea is taken from the Arduino platform but the difference is, that the Netduino is being programmed in .NET and it has a much more powerful 32-bit microcontroller onboard. It is an AT91SAM7X512 with the following specs:

Hopefully I could develop with the Mono project for it but at first I will do my work in a Microsoft based environment. Sounds contradictory? Yes, it is... but I want to give it a try... ;)

I am a little bit it ill at the moment but it will be a funny weekend when playing with this nice piece of hardware.

I converted this site to static HTML today. The site is now being generated offline.

I will add some dynamic functions like comments via a cgi-bin/ directory in the future but currently I don't care about...