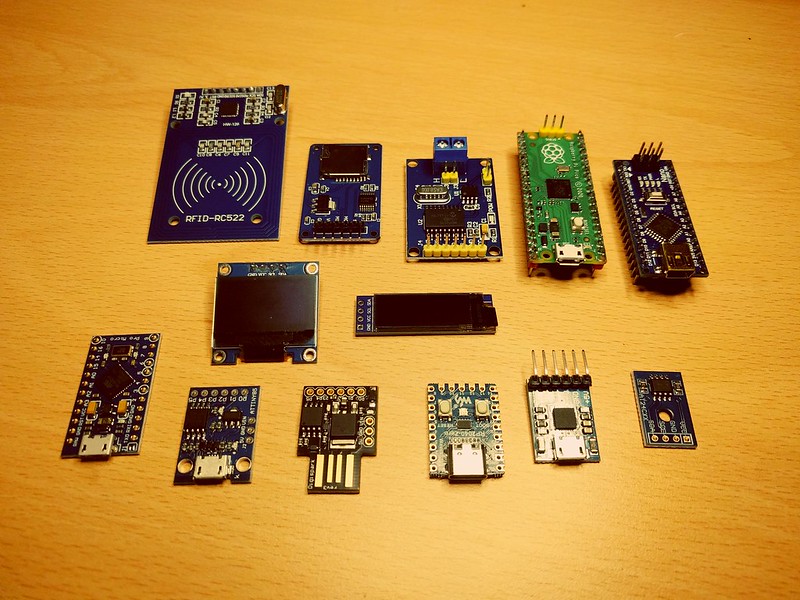 I got some embedded devices in the past weeks and are starting playing around with hardware since many years again. I do this just for fun, but I really build some useful devices sometimes. Take a look at my blog post about Passkey to see what I actually do.

Devices from the top left to the bottom right:

I own all of these devices more then once so the devices shown above do not all have pin headers soldered on them. It was looking nicer on the photo without headers... ;)

I am getting some more I²C devices in the next days! I am focussing on I²C devices because the I²C protocol is so easy to use, but SPI is interesting too.

For simple stuff I am using Arduino based devices but I really like the RP2040 based devices because I am very familiar with Python and running MicroPython makes so much sense to me. Also I like the possibility to run a REPL to interact with hardware interactively like a command shell. This is a lot of fun and debugging is a lot more easy too.